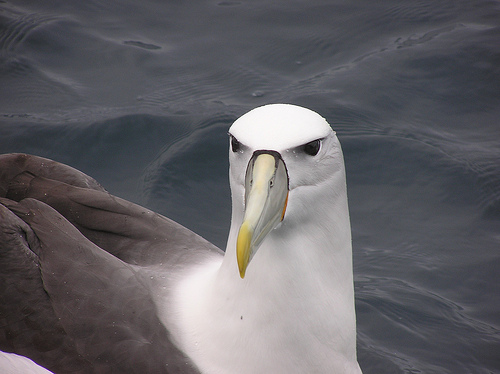 Seabirds, marine mammals, and turtles are caught during commercial fishing operations. In order to monitor the impacts of fishing on these species, government observers on fishing vessels record any protected species bycatch incidents that occur. Observer data on protected species captures are maintained by the Ministry for Primary Industries, with identification of captured animals carried out by the Department of Conservation. Recent reports on protected species captures are available from the Ministry for Primary Industries.

This website provides a summary of protected species captures in trawl and longline fisheries, from the 2002–03 to 2017–18 fishing year (fishing years run from October 1 to September 30).

Observers are only present on some fishing vessels. To estimate total captures in a fishery, it is necessary to use statistical methods to extrapolate from observed fishing to unobserved fishing. The total observable captures are an estimate of the captures that would have been reported, had observers been present on all fishing vessels. There may be additional mortalities (such as birds that are struck by fishing gear but not brought on board the vessel) that are not recorded by observers. These are referred to as ‘cryptic mortalities’ and are not included in the estimates of total captures, nor is there any evaluation of potential survival of seabirds recorded as captured but subsequently released alive. Preparation of the data follow the methods outlined by (Abraham et al. 2016).

Estimates of total captures have been provided for seabirds, fur seals and common dolphins (some fisheries only - others have not been estimated due to limited observations of captures). Fisheries New Zealand also have produced or are in the process of producing spatial risk assessments which provide alternative estimates of fishing related captures and mortality for seabirds, Hector’s and Maui dolphin, New Zealand sea lion and other marine mammal species. Estimates of total captures will differ between these two methods and the method used to generate any estimate cited should be explicit. In general the view of Fisheries New Zealand is that the spatially explicit approach will allow for more accurate estimates of total captures, but this may differ in specific instances.